Memorial Student Center (MSC) student committees are a powerful force on the Texas A&M University campus, and at the helm of every committee, student leaders steer the way. Four former students and close friends haven’t forgotten the valuable lessons they learned while serving others in the MSC. Read more about their generous contributions Here. 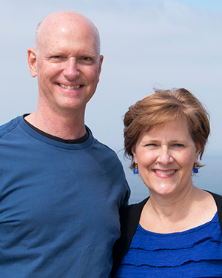 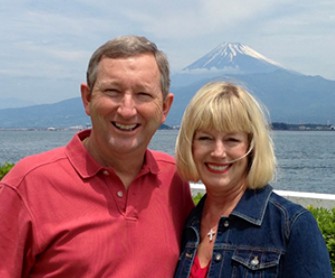 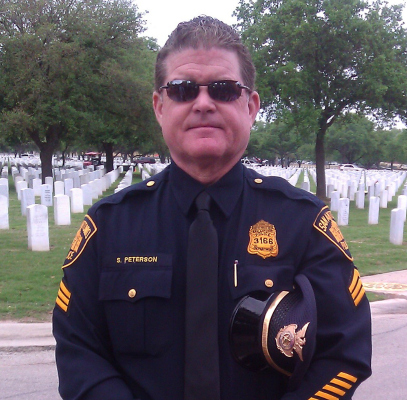 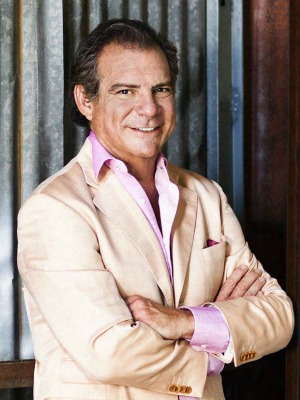 Read the article about classmate Michael Cordua in the TAMU Foundation’s Spirit Magazine.

A Lost Class of ’80 Ring Has Been Reunited With It’s Owner! 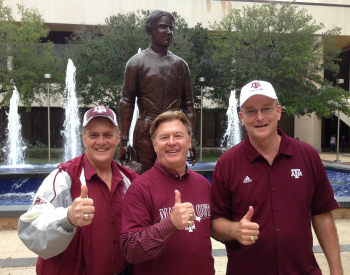 We have a story for you Ags, and this one is true! Glenn Tole class ’65 found a Class of ’80 ring in Lake Arrowhead south of Wichita Falls. The name engraved on the inside of the ring appears to be “Robert P. W…” The last name is not legible. Glenn asked our Class Agents for help and Phil Gougler began searching the Aggie Network lists and contacting classmates. Don Chilton ’80 remembered that Robert “Bob” Meadows did his first stint in the Air Force at Shepard AFB in Wichita Falls. Phil tracked Bob down through relatives listed with the Aggie Network and Bob related how he lost his ring while water skiing on Lake Arrowhead in the early ‘80s. Bob was shocked and thrilled! Great job Phil and all involved. 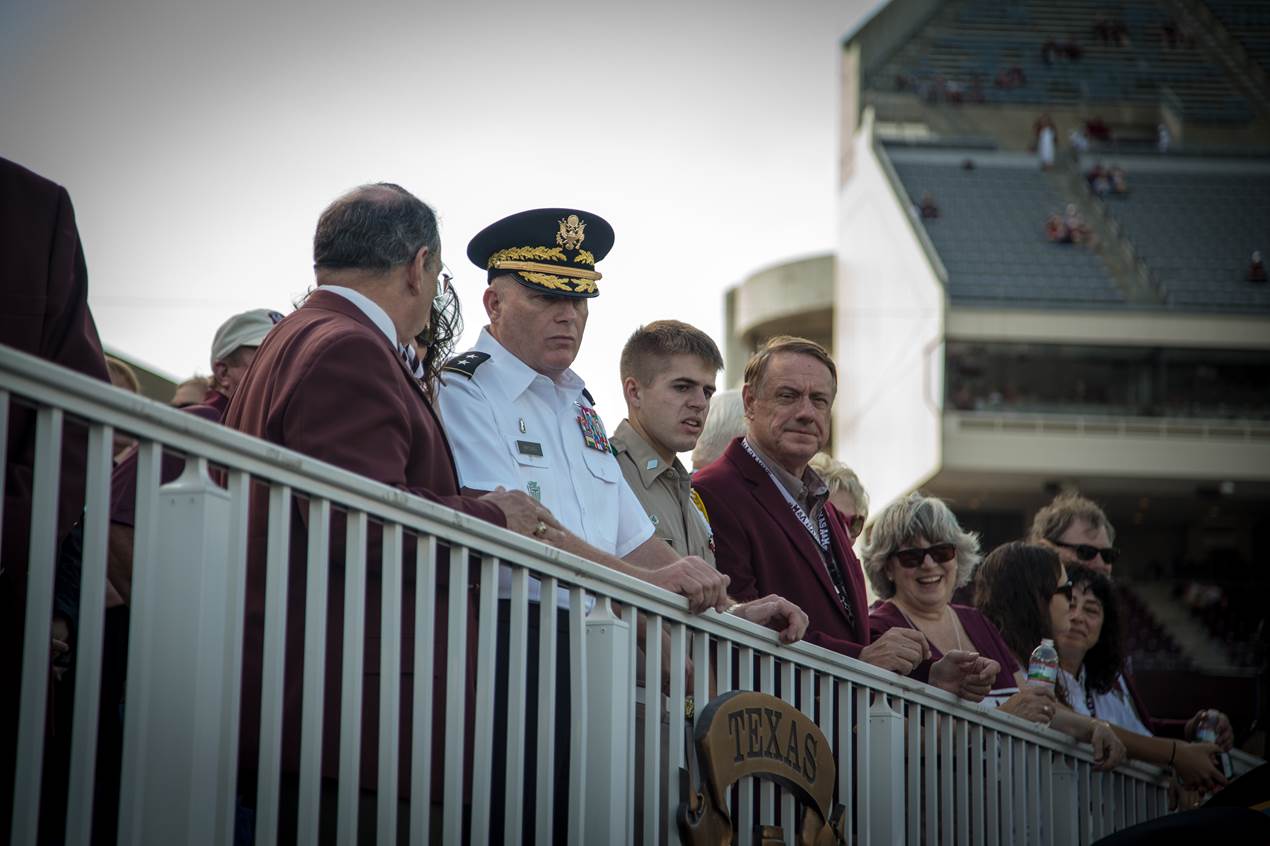 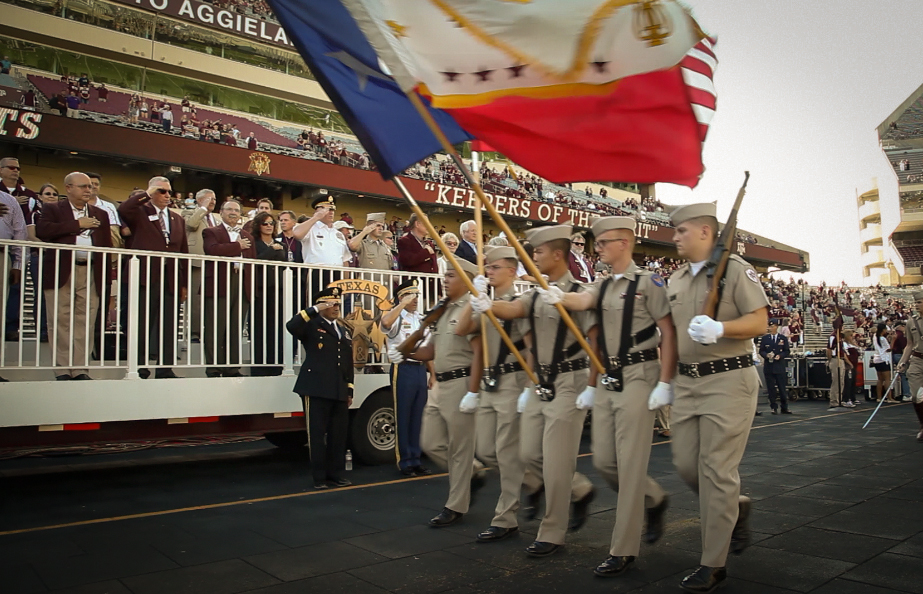 Houston First Friday lunch’s at the America’s.  For those of you in Houston, this is a great monthly event.  Join us! 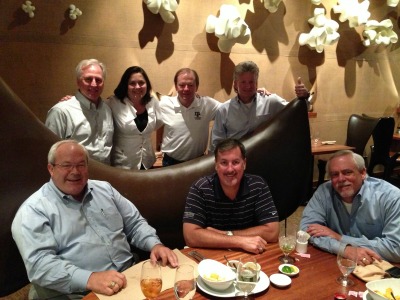 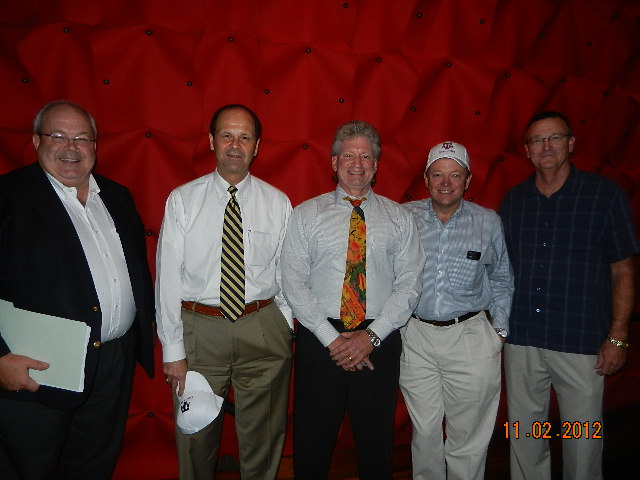 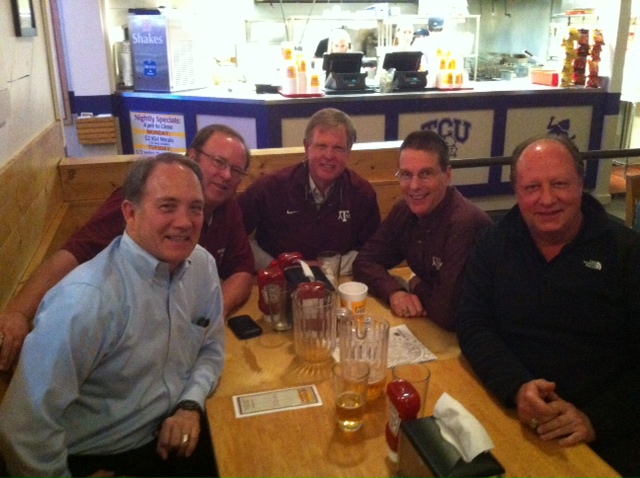 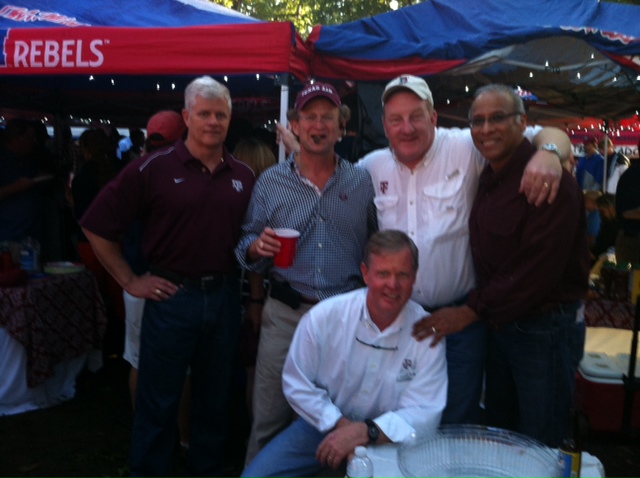 Remember the Class of ’80 Tailgate – in conjunction with Tyke Martin’s Brazos County Tailgaters.  Thanks to Tyke Martin and Kyle Sears, you have a rest stop (aka tailgate) on your way to Kyle field.  They are located at the NW corner of Welbourn Rd and Kimbrough.  Stop by and say hi! Pictured below: Russ Hiller ’79, Dr. R. Bowen Loftin ’71 and Mark Rhea ’80. 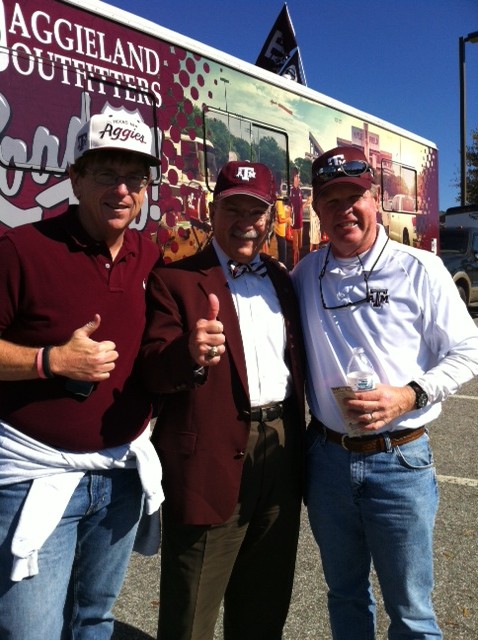 His son Bryan is in the College of Veterinary Medicine at A&M, and is a Facebook Friend.  I knew Hugh was fighting cancer and ask Bryan how he was doing.  This was Bryan’s response:

“Not great, but it could be worse. The brain tumor on the left seems to be reducing after the radiation treatments, but there is now another spot on the right side, although radiation treatments may have taken care of that as well, but it is still very small and we do not know for sure yet. He has blood clots in his legs that are causing a lot of pain right now, but they just put him back on Warfarin to prevent any further clot from being laid down on top of what is already there. We can’t do any thrombolytics though, due to the risk of inducing bleeding in the brain tumor and causing another stroke. It is a very complex case and therefore the treatment is becoming increasingly complicated. We are praying for the best for now and doing what we can. “

**** Here is an update from General Bill Hyatt and his wife Becky who recently moved to Germany for a new assignment:

The big news for the Hyatt’s is that we celebrated the birth of three grandchildren since the Aggie Football season started! Our first granddaughter is Mary Grace Osborne and she was born on 13 Sep to our daughter Katherine and her husband Major Nathan Osborne. I had just left Aggieland where I was the reviewing officer for the Florida game.

On the day before Thanksgiving, 21 November (when the fightin’ Texas Aggies would have beaten the class of 1980 hell outta t.u. if they were not too scared to play us) our grandson, William James Hyatt was born to our son John Hyatt and his wife Elizabeth.

On 11 December (three days after the Heisman came back to Aggieland) our third grandchild, Weston Nicklaus Hyatt, was born to our son 1LT Matt Hyatt and his wife Roxanne!

Oh yeah, we moved to Germany this summer where I am the Director of Operations, Strategic Deterrence, and Nuclear Integration for United States Air Force in Europe and Air Forces Africa. The online biography is full of the usual propaganda.

The Bottom Line is I am blessed to have a staff of great Airmen (that includes men and women) that work like there is no tomorrow to take care of our nations business and ensure the safety of every soldier, sailor, airman, and Marine!

While here the last few months we have made a trip to the Bavarian Alps where I was speaking and took an extra day of leave to sight see. It is awesome and we are heading back tomorrow for three days with our daughter, son-in-law and granddaughter. They are visiting for Christmas. Becky and I also took a trip to Paris for our 32nd anniversary over Labor Day Weekend. We hope to visit Normandy soon. Not sure what the future holds for us but the ride has been awesome so far, and the best times are still those we share in College Station! BTHO OU!